The CW teased that Supergirl’s Season 3 rival Reign, played by Odette Annabelle, may return for the show’s sixth and finale season in 2021. 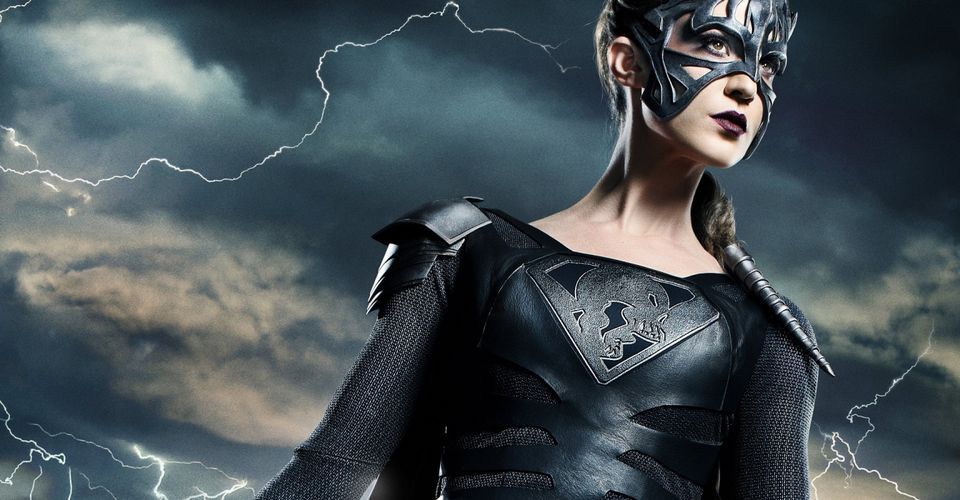 The CW has teased that Supergirl‘s Season 3 rival may return when the show returns for its sixth and final season.

Rumors began to circulate about Reign’s return after the official Supergirl Twitter account shared an image on Christmas Day that featured Samantha Arias/Reign (Odette Anabelle) and Lena Luthor from Season 3. The shot was captioned, “Hopefully the forecast is more snow than Reign this year. Happy holidays!”

Introduced in Season 2 of Supergirl, Reign was a weapon of mass destruction that was bio-engineered in a Kryptonian lab and sent to Earth. Reign was raised as a human named Samantha “Sam” Arias, who was ignorant of her alien origins and had a daughter named Ruby before her dark impulses started to take over.

Click here to cancel reply.
Latest Images
Donate
Please donate to help with the site, this would go towards hosting, domain renewals, pictures and more! All donations are appreciated and will feature on a credits page! DONATE HERE
Current Projects

Supergirl
At 24, Kara Zor-El decides the time has come to embrace her superhuman abilities and fulfill her destiny as a hero in this drama based on the DC Comics character Supergirl.
PhotosIMDb Official Site
Official Sites
Twitter - Instagram
Follow Melissa On Twitter
Tweets by melissabenoist
Follow Us On Twitter
Tweets by MBenoistOnline
Family Sites

Accepting
Top Affiliates
Florian Silbereisen
Accepting
Site Donations
Are you a frequent visitor to the site? Have any photos, captures, etc that you see missing in our gallery that you would like to donate to the site? If so, feel free to send them to us. If you would rather donate media or videos, that is welcome as well! Remember to include how you would like credited in the email along with the donation. What can you donate? - Event/Appearances - Magazine Scans - Photoshoots - Screencaptures --Candid photo donations are not accepted. We are a paparazzi free site. Please send donations to melissabenoistonline@gmail.com Please include how you would like to be credited
Site
Webmiss: Vicki Since: 24 November 2019
Our URLs: melissa-benoist.com, melissa-benoist.net and melissa-benoist.org
Site Name: Melissa Benoist Online
Hits: Online: Contact: melissabenoistonline@gmail.com
Disclaimer
© 2019-2021 Melissa Benoist Online is 100% paparazzi free and a non-profit fansite. All graphics and original content are being used under the Fair Copyright Law 107 and belong to https://melissa-benoist.com/. Other images and text belong to their respective owners. No copyright infringement intended. This is an unofficial fansite.
Recent Posts
Recent Comments
Archives
Categories
Meta
MelissaBenoistOnline
@melissa-benoist.com

© 2019-2021 Melissa Benoist Online is a non-profit fansite. All graphics and original content are being used under the Fair Copyright Law 107 and belong to https://melissa-benoist.com/. Other images and text belong to their respective owners. No copyright infringement intended. This is an unofficial fansite. .